After entering the month of June, domestic soda ash prices continued to show a weak downward trend, continuing the trend of gradual declines that have been more than six months. Its current price has dropped from the average ex-factory price of 1,500 yuan (t price, the same below) at the beginning of May to the current average ex-factory price of 1350 yuan, and trading volume is light, and the market is in a depressing situation. Industry analysts believe that, in view of factors such as the production capacity of the soda industry, changes in downstream market demand, and cost support, the soda ash market price may continue to bottom out, but the margin is relatively limited.

Downstream sluggish demand plummeted The main downstream of soda ash was glass, printing and dyeing, phosphate, and small chemicals. Which float glass accounted for more than 70% of the amount used. As we all know, since the implementation of real estate control policies by the state in the past year, the real estate industry has rapidly cooled down, and new construction projects have drastically decreased. This has directly led to a sharp drop in demand for glass from the real estate industry, which has led to the soda industry. Although the central bank announced a rate cut on June 8th, which will be beneficial to the local industry, the Ministry of Housing and Urban-Rural Development also made it clear last week that strict control of real estate policies will not relax. Therefore, the recovery of the glass industry is hard to find, and soda ash is hard to be optimistic.

At the same time, due to the impact of the European debt crisis, the domestic printing and dyeing industry suffered from frost. According to Liu Kechang, sales department of Lianyungang Soda Plant, the main business area of â€‹â€‹the Jiangsu and Zhejiang markets, since the European debt crisis spread and spread, the export of traditional textiles and textiles in China has been particularly hampered since last year. The discontinued production of printing and dyeing enterprises in the Jiangsu and Zhejiang provinces has been aggravated. Naturally reduces the need for soda ash. It is also known that another major market for soda ash is the phosphate industry. For example, the main product, sodium tripolyphosphate, consumes 750 kilograms of soda ash per ton. However, as the range of banned phosphors for detergents expands, the product has gradually withdrawn from the detergent industry. This reduces the use of soda ash by several hundred thousand tons per year. At present, there is only a small demand for food additives, soda ash, cups of water, can not afford the responsibility.

Overcapacity is difficult to expand Energy-related data show that at present the total annual production capacity of soda ash in China has reached more than 28 million tons, and there are more than 100 large-scale enterprises with a capacity of over 300,000 tons. One of the key leading enterprises is Shandong Haihua 3 million tons, Tangshan Sanyou 2 million tons, Sinopec Lianyungang Alkali Plant 1.2 million tons, and another Shandong Qingdao Alkali Plant and Jiangsu Debang Company. The above-mentioned soda ash plant is constructed along the coast, where it is located both in raw material and in the core area of â€‹â€‹the eastern market. It should be the best domestically-owned soda ash company. However, due to the severe overcapacity, the homogenous product market is crowded. Once the market has trouble, it will lead to low-price competition and the loss of business will inevitably be avoided.

Although the overcapacity belt has seriously affected the operating performance of soda ash companies, the expansion of energy is still in full swing. It is understood that at present, there are two major hot spots for soda scavenging in China: one is Huai'an in the Central Soviet Union, and the local brine resource is used to build and build three large-scale soda companies, such as Jiangsu Jingshen Salt Chemical Co., Ltd. During the period of 300,000 tons of production, 600,000 tons of sprints to the second phase were completed. 600,000 tons of Jiangsu Waldorf's company had just been completed and put into production. The capacity of the Taibo Group (Jiangsu) under construction was as high as 1 million tons. Second, the western region, with Qinghai as its focus, has utilized its abundant resources such as lake salt, coke, and calcium carbonate to expand its capabilities. The industry already has a serious surplus. Every year, another million tons of new production capacity is added. This intensifies the severe divergence between supply and demand, and the soda price has been extremely difficult to boost.

Production, sales, and downswings tend to fall. Soda ash prices have fallen by as much as 30% since last year's high of 2,000 yuan, causing companies in the industry to be â€œinjured.â€ On the one hand, soda ash is a large chemical product with 1.5 tons of alkali consumption per ton of salt and calcium carbonate. 1.4 tons, and these two kinds of raw materials recently increased the price of large, increase the impact of lower profits highlights, worsening the company's operating performance; the other hand, because some soda ash companies raw materials, products, "two out," with the rising cost of logistics, Erosion of its performance is obvious. In particular, at present, some alkali plants in the north to prevent the discharge of alkaline water from waste slag into the sea, they have either raised funds or added environmental protection facilities, or turned on alkali slag treatment devices at full capacity, and have taken various measures to strengthen the treatment of alkali slag. This makes the soda ash company even more nervous about the shortage of funds.

The soda ash industry has turned from profit to loss for as long as half a year. Production and operating pressures have increased. Most companies have become overwhelmed and are forced to choose to reduce their load. They have to implement limited contracts at a lower rate, maintaining existing markets and long-term customer relationships. . However, sustained losses have caused companies to reluctantly sell their goods to a certain extent. Therefore, soda ash will no longer show a sharp decline, and the low price will be its main tone. Industry insiders predict that the price will be 1350 yuan for the central axis, plus or minus 100 yuan for fluctuations in amplitude.

covers that are bolted on over rocker arms in an internal combustion engine . They are called valve covers in the United States, Canada, and in situations where Rocker Arms are not present, such as some Overhead Cam, and most Dual Overhead Cam engines. And rocker boxes in the United Kingdom.

On modern engines without rocker arms they are internationally known as "valve cover" but are sometimes referred to as a "cam cover" or "timing cover" if they also cover the Timing Gear (s) and belt or chain. 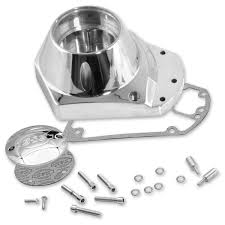 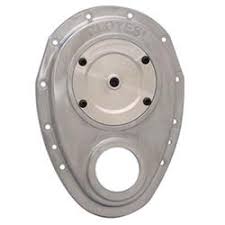 Next: Raw material exports become the key to the market trend of compound fertilizer