The 2015 edition of the top 100 auto parts suppliers in the world. The top three are Bosch , Magna and the mainland; Japan has the largest number of companies, reaching 30; Yanfeng is the 26th, setting the best score for Chinese companies.

The "United States Auto News" is ranked annually based on the supplier's operating income/sales of the automotive market in the previous year. According to the 2014 results, in 2015, the global supplier list of component suppliers was launched. The German Robert Bosch Group ranked first in the list for the fifth consecutive year. Compared with recent years, the top three of the list have undergone major changes. Magna beats the mainland and the runner-up in second place, but Denso fell from second to second because supporting revenue fell by nearly 10%. fourth. The mainland has risen from the fourth to the third in the previous year. 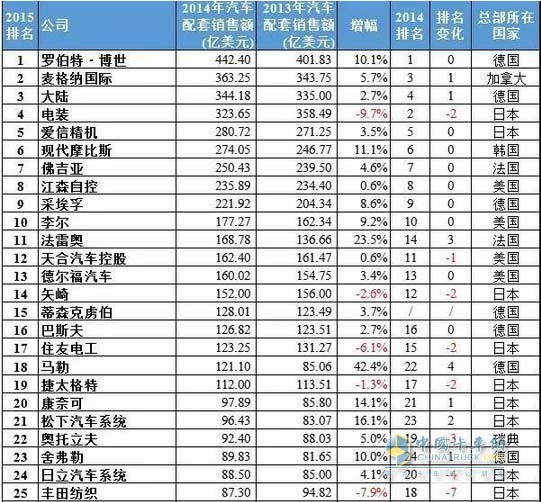 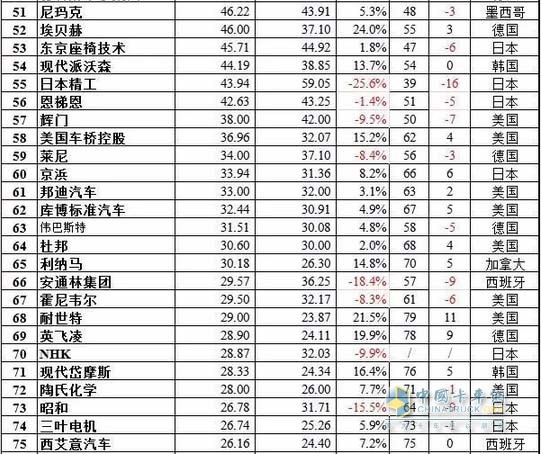 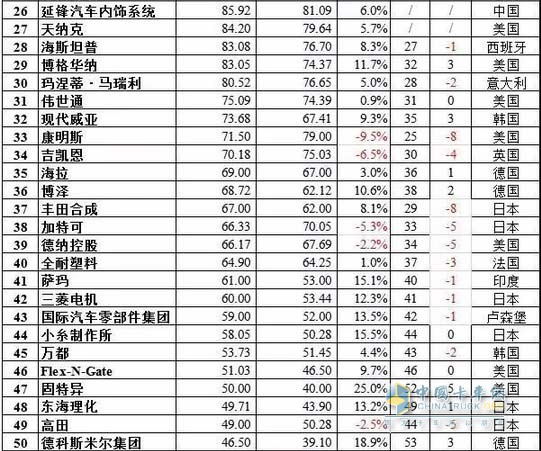 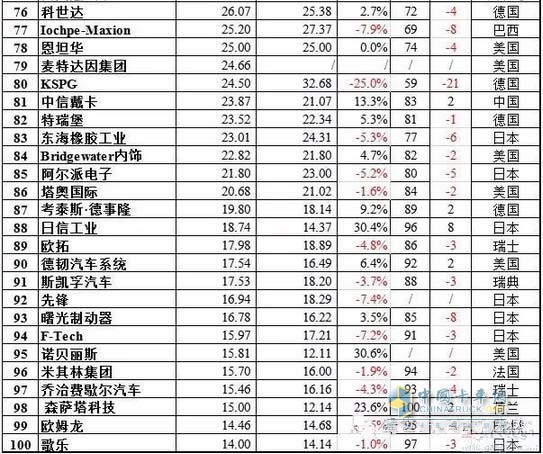 In the top ten, No. 5 to No. 10 were: Aisin Seiki, Hyundai Mobis, Foglia, Johnson Controls, ZF and Lear. The six companies are all ranked in the same position as last year.

Compared with the 2014 list, the ranking of 50 companies in the 2015 list declined, accounting for just 50% of the total. The 14 companies were ranked in the same position as last year. 29 rankings rose. Seven new companies, namely, ThyssenKrupp, Yanfeng Automotive Interior Systems, Tenneco, NHK, Media Group, Pioneer, and Novelis, also means last year's top 100 companies. There are seven in the list.

Allison Automatics have both intelligence and strength. Whether you`re driving on a smooth surface, on a gravel road, up or down hills or in the worst terrain imaginable, an Allison Automatic is your solution.We offer a number of Smart Controls â€“ electronic control features that can help increase productivity, lower fuel consumption, reduce maintenance costs and improve safety.We offer a variety of models of Allison transmission parts,high quality,durability.If you are interested in Allison transmission parts,please tell us the part number of Allison parts.

Previous: Vanadium and titanium industrial planning will affect the development of vanadium market