In the face of a 4:1 ratio, Liu Yongdong, deputy director of the Standardization Management Center of the China Electricity Council, did not seem satisfied. He said at the first China Charging Pile Innovation Summit on July 27th that the National Development and Reform Commission was held on November 17 last year. The National Energy Administration, the Ministry of Industry and Information Technology, and the Ministry of Housing and Urban-Rural Development jointly issued the â€œGuidelines for the Development of Electric Vehicle Charging Infrastructure (2015-2020)â€, proposing that 4.8 million piles and 12,000 stations will be constructed by 2020, and the proportion of vehicle piles will be 1:1. . It can be seen that the development space from 4:1 to 1:1 is very huge. The construction of charging infrastructure will usher in rapid growth in the next five years. 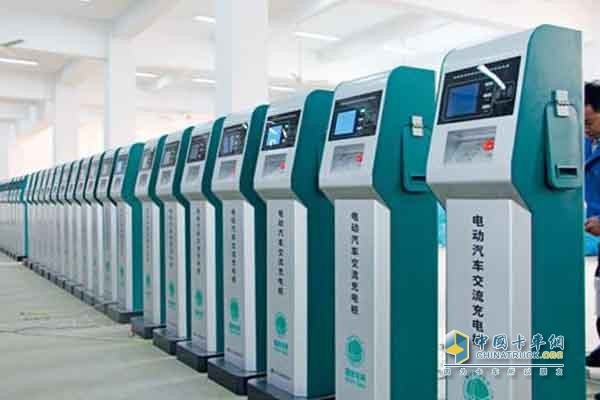 In terms of key equipment standards for charging facilities, electric vehicle AC charging piles, DC chargers, and on-vehicle conduction chargers have been approved for release in 2010. The series of inspection and test specifications for charging equipment for electric vehicles was also approved in 2013. It also initiated the compilation of nine charging station construction standards, including the design, construction, construction, and acceptance of charging stations, including the "General Requirements for Electric Vehicle Charging Stations." In the area of â€‹â€‹charge standard and charging facility operation and maintenance standards, a series of standards including operation metering, operation monitoring and operation platform communication, and signage identification were formulated.

Liu Yongdong said that the next step in charging standards is to improve the interconnection of information standards. The first is to establish a national unified coding standard to solve the problem of pile coding, and to establish a unified information exchange standard system, namely, â€œExchange Standard for Information Exchange of Electric Vehicle Charging and Power Exchange Serviceâ€. This standard can meet the government's effective statistics and meet operators and operators. Exchange of facilities services and exchange of charging processes are provided to satisfy owners' charging queries. It contains four parts: general rules, public information exchange specifications, business information exchange specifications, data transmission, and security. It is divided into four levels, namely, the information access layer. Information for cars can also be information for charging cards. The infrastructure layer is Charging pile information; operating service layer and data sharing layer. After the implementation of the standard, owners use the current mobile phone roaming to solve related problems. Solve the standard charging process and build a standard cross-platform charging process between two operators. To solve the problem of identification, each owner can know who the operator is after charging to another operator. The user's charging charges are still paid to the original operator, and the settlement of the background is resolved by the two operators themselves. According to Liu Yongdongâ€™s introduction, the standard has previously completed public solicitations through the Internet. Currently, standard pilots have been conducted in Beijing, Shanghai, and Shenzhen. Major domestic operators have participated in the verification of standards. It is expected that the information exchange standards will be formally announced to the public in September. Operators follow this set of rules.

1. Simple structure in linear type ,easy in installation and maintation.


3. High pressure double crank to control the die opening and closing.Running in a high automatization and

1. The high pressure pump is manufactured by ourselves, volume efficiency is more than 90%. The pump is driven by motor, with the function of tilt tray, the plunger do the vertical reciprocating motion along with the plunger sleeve. The hydraulic oil goes in by the oil brake and comes out by the discharge brake. then enters into the systematic oil line.

Next: Using corn tester to get accurate data on corn yield