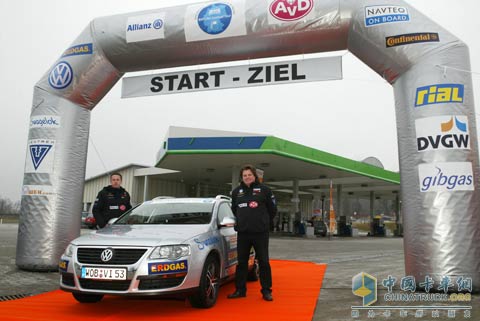 From January 7 to March 22, Zietlow will drive the German Volkswagen Passat 1.4 TSI EcoFuel, to show the public that environmentally friendly and low-cost driving travel is not a mutually exclusive concept: he wants to control the average fuel consumption cost per hundred kilometers 4.35 euros. In order to achieve this goal, he chose to use the ContiWinterContact series of tires, this series of winter tires rolling resistance is almost as low as the summer tires. Continentalâ€™s navigation system will also help further reduce fuel consumption. The VW RNS 510 radio navigation system developed by the Continental Group, this system can be installed and installed in the automobile production plant, and the shortest distance between filling stations can be calculated quickly, thus shortening the distance traveled. The 20,000-kilometer environmental tour starts on January 7th in Irschenberg, Bavaria. Zietlow expects to pass the finish line at Westerland Sylt on March 22nd.

For more information about the event, please visit

Next: The oil industry must create a new Chinese model